Rusting of metallic structures or vehicle parts is a common problem facing people. The rate of rusting differs from place to place due to varying environmental conditions.

Rust erodes iron metal and destroys the entire body eventually. Rusting prevention measures such as painting, greasing/oiling, galvanizing, and alloying have been put into place to curb further corrosion.

This process prevents the initiation and formation of rust on iron metal. Ideally, rust is scientifically referred to as hydrated Iron (III) Oxide or in common terms identified as corrosion or oxidation of the iron metal.

Many methods can be used in preventing rusting. But, application considerations should bear in mind the particular item under rust prevent easier matching. Remember, it’s advisable to wear protective gear when oiling metal for safety purposes.

Details: How Does Oiling Prevent Rusting

Rusting process is basically the continuous formation of rust on the metal surface leading to corrosion or chipping of the metal base structure.

Scientifically, rust is known as the hydrated Iron (III) oxide. Alternatively, rust is commonly referred to as corrosion or oxidation of iron metal oxide.

Rusting occurs the water molecules react with the iron metal in presence of oxygen. That’s why rust is generally referred to as iron oxide (it’s an oxide of iron metal).

Continuous exposure of metal to the condition that accelerates rusting process leads to further erosion. Besides, the metal loses its strength and breaks easily under any strain loading.

Conditions such as the presence of salt, acidity, high temperature, and impurities increase rusting process if not attended.

b. How Does Oiling Work

Upon application, oil sticks on the metal surface forming a uniform oil layer, which prevents water and oxygen from getting into contact with iron metal.

By doing so, rusting is prevented from occurring and other agents of rusting are eliminated.

Besides, oil and water are immiscible (do not mix). Instead, water settles on the oiled metal surface or drips away due to repulsive forces. Indeed, oil is less dense than water; thus, it will always float when put together.

The resistive properties of the oil layer guarantee continuous rust prevention upon application. Further, oil molecules are self-leveling (they fill any cleaned section to prevent rust from occurring at that particular part).

The subject of aging should be considered since oil is more susceptible to aging and often lose its activeness with time, especially when exposed to conditions such as dust and other impurities.

Old oil should be removed from the metal surface and replaced with a new oil coat in order to improve the metal’s service life as well as keep off rust completely.

c. How to apply oil on metal

To attain efficient rust prevention by oiling metal, you need to follow the oil application procedure highlighted below:

NB: Avoid oiling your metal parts using old or expired oil – it may damage the body or initiate other technical problems.

Always check the expiry date of your oil can before you begin the application process.

Major Factors that Cause or Accelerate Rusting

Rusting process is initiated/triggered and accelerated by the following conditions or factors:

The high temperature in a given region initiates the oxidation process. The iron metal is activated (boosted activation energy) and reacts with oxygen in the air to form rust on the metal surface.

Indeed, heat is used to catalyze the chemical reaction that occurs during rusting process. More so, thick metal is less susceptible to rusting than thin metal when exposed to equal temperature conditions.

2. Presence of Salt or Salinity

Iron metal tends to rust faster in a saline environment than in another area.

Regions near salty water or sea contain salts that accelerate the rusting process when they get into contact with the metal surface.

Usually, the saline water has ions that react with iron metal through electrochemical reaction; thus, initiating the rusting process.

3. Presence of Acid or Acidic medium

The acid metal reaction that occurs between iron and acid in the solution is more pronounced and the concentration on acid increases (increase in pH).

Furthermore, the metal is exposed to agents of rusting (water and oxygen) leading to continuous corrosion of the metal surface, if the situation is not attended to.

The presence of water/high humidity/moisture is the core reason for the rusting occurrence. Actually, water forms the hydroxyl part of the chemical reaction that leads to rust formation.

High humidity and moisture content accelerate the formation of rust – the oxygen in the air is converted at a higher rate due to the presence of water on the naked metal surface.

Impurities such as platinum and uranium integration react on the metal surfaces and release activation energy that excites rusting reaction process.

What are Alternative Methods of preventing Rusting?

Apart from oiling, the following are the best alternative ways of preventing rust from the metal surface:

Coating iron metal surface with a good quality metal paint keeps off the moisture/water from the surface; thus, preventing rusting.

The paint used should resist water retention on the surface (consider oil-based paint) and eliminate impurities settling, in order to improve the paint coat service life.

Spray paint is best when used on vehicle parts as it guarantees a high-quality finish.

Alternatively, you can spray paint your metal surface instead of using a paintbrush to improve stickiness level.

Galvanizing is a rust prevention method that entails the application of a zinc coat layer on the metal surface.

You can either paint the metal with zinc solvent or dip the metal part into a zinc solution to quench the metal’s entire surface.

Usually, zinc metal is cheap and sticks on the metal’s surface easily to form a rust-protective layer – free from water and oxygen penetration.

However, the zinc coat is eroded by chemical reaction. Therefore, the frequent galvanizing process should be carried out in extreme rust prone environment. Otherwise, you can opt for cadmium coating for better results.

This method involves the application of a layer of vinyl, acrylic, epoxy, or any other substance that will keep off water content or moisture from the metal surface.

By doing so, you prevent the iron metal from reacting with water (upon contact) in presence of oxygen, leading to rust formation.

Storing your metallic items of structures in cool dry places (away from the water or other impurities) prevents them from rusting.

The storage room should have low temperature, minimal moisture content, and integrate controlled humidity levels. You can attain this by using desiccant drying agents.

The blueing process involves the creation of a layer of magnetite over the iron metal surface, which prevents water and oxygen from getting into contact with metal.

The metal surface should also be oiled often to improve rust-resistance properties.

The reactive metal is oxidized instead of iron (it’s sacrificed), thus preventing iron from rusting.

Remember, once the sacrificial metal has corroded, it can be replaced by a new one to further base metal protection.

Vapor corrosion inhibitors (VCI) are special chemicals that are infused in different packaged metal items to prevent rusting from occurring.

VCI emits vapor (in the surrounding) that keeps off moisture from the metal surface.

Using iron alloy such as stainless steel is the best way of preventing rusting since the metal is manufactured with rust-resistant properties.

However, stainless steel may not be economical (a bit expensive) and hence may not be popular with many users.

The question, how does oiling prevent rusting has been discussed in-depth in this article not only to add to the knowledge bank but also to boost your rust prevention tactics.

Rust is generally known as corrosion or oxidation of iron metal in presence of water and oxygen. The reddish-brown substance you saw on naked metal is actually rust.

Alternatively, you can also prevent rusting by painting, galvanizing, VCI packaging, blueing, sacrificial protection, or alloying. Remember, you must consider the surface or parts that you want to prevent rusting for easier method matching. 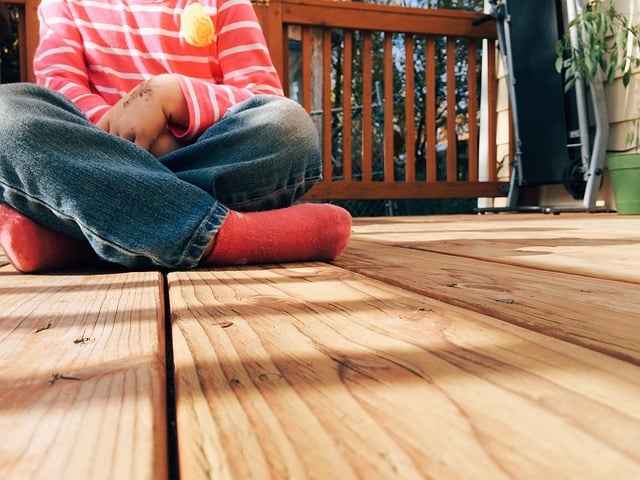 As an Amazon Associate, I earn a small commission from qualifying purchases.